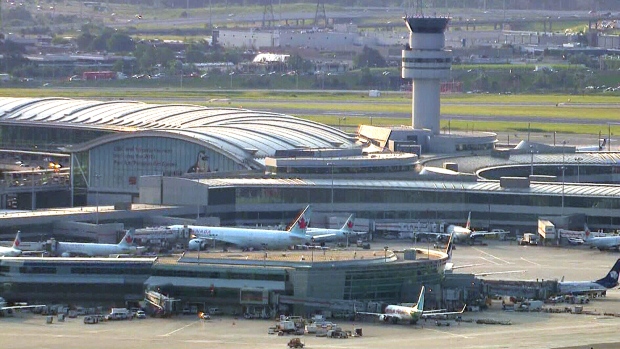 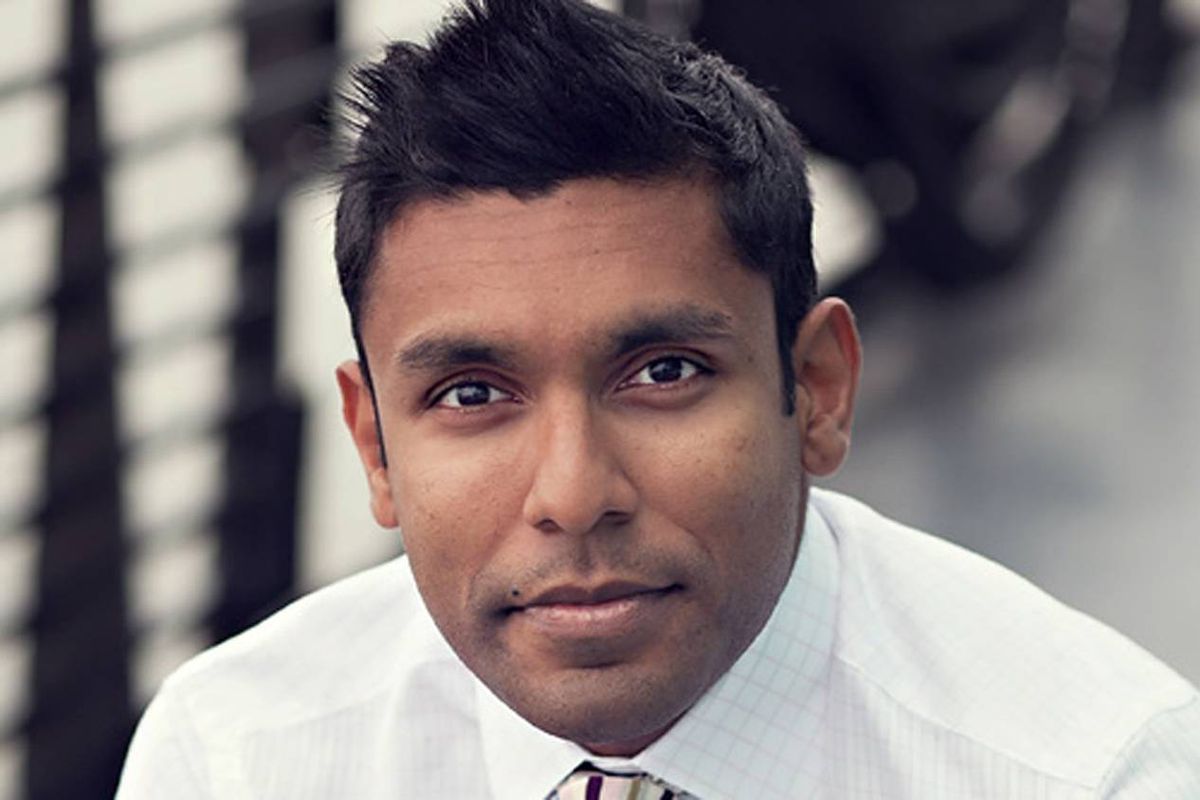 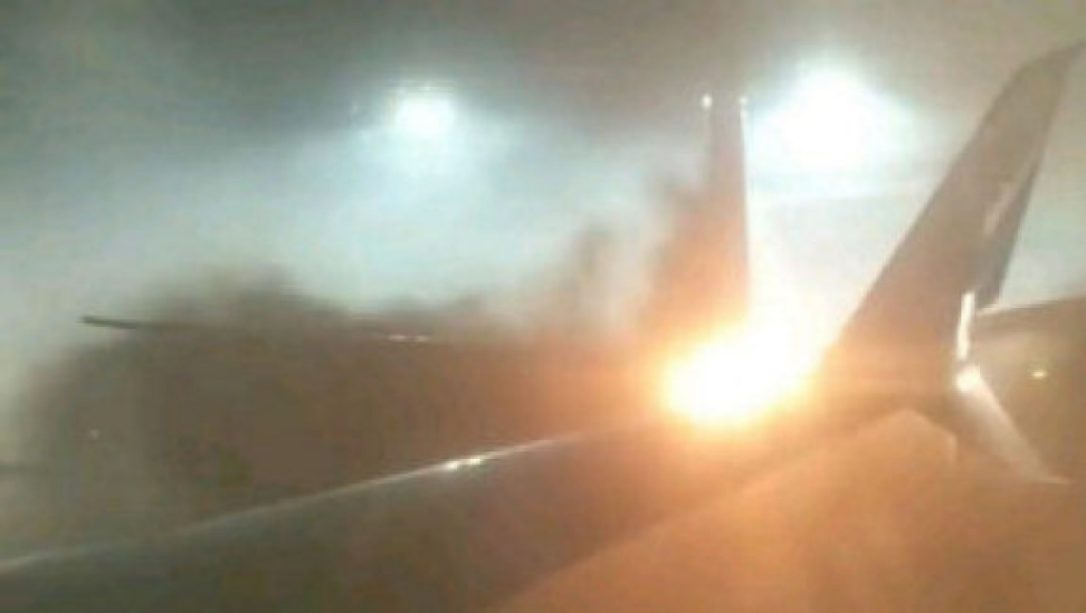 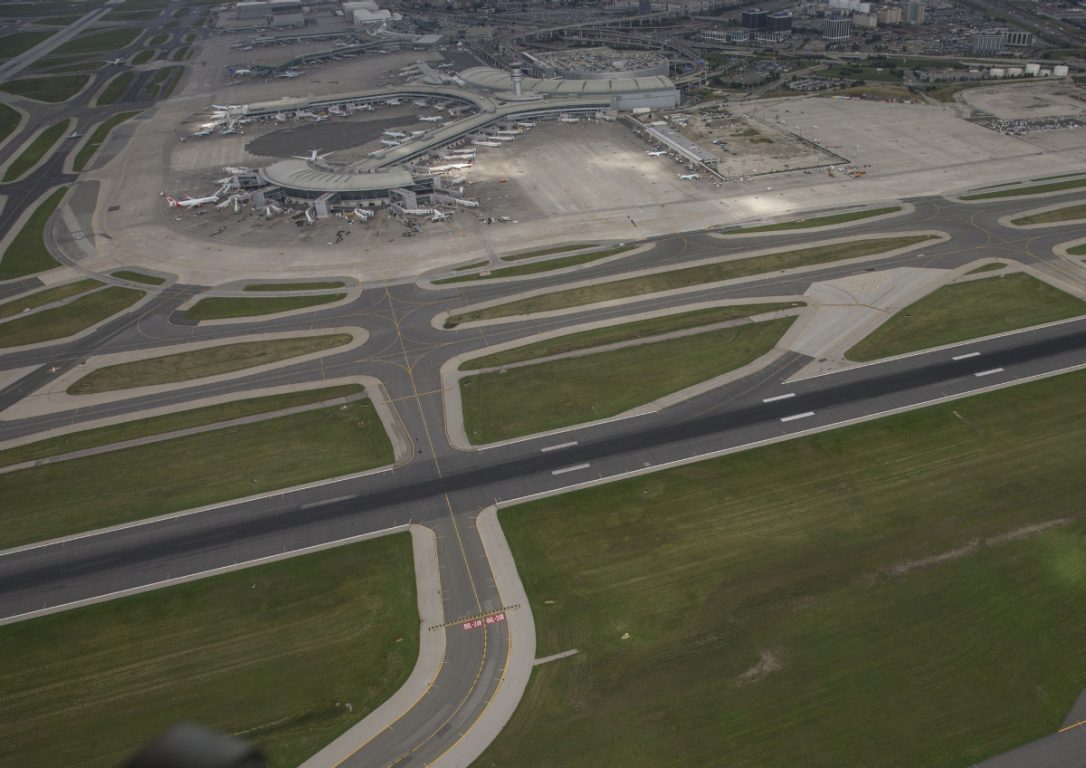 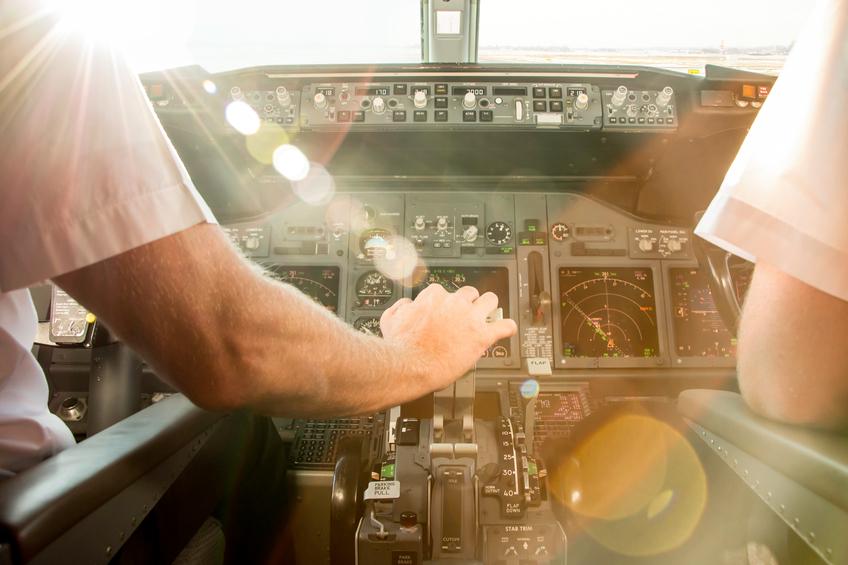 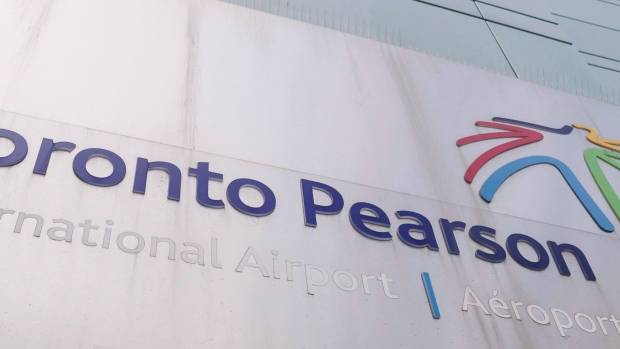 The Transportation Safety Board is investigating after a wheel of a plane went off a runway at Toronto's Pearson International Airport on Sunday evening.

A spokeswoman for the Greater Toronto Airports Authority says the Air Georgian flight became temporarily disabled on the taxiway after an aborted takeoff.

More to come once the investigation is complete

Is this another example of "Self Regulation" not working ?

Why flying isn’t as safe as we’re told

Limiting our perception of safety to fatal crashes alone narrows our appraisal of risk. As security expert Frederic Lemieux notes, aviation from this perspective appears to be very safe. The reality, however, is very different. Human errors that can jeopardize air safety continue to occur throughout the industry. For example, a recent survey found that more than 95 per cent of pilots admit to landing their airplane when conditions dictate they shouldn't. The survey – completed by 2,340 pilots worldwide – paints a worrying picture about the current and future state of air safety. Violating the rules has clearly become ingrained in airline culture because crashes are rare. At the same time, new recruits are watching their mentors flout those rules, emboldening them to eventually follow suit.

“As soon as the Sunwing (plane) hit the WestJet (plane) it caught on fire and everyone started running,” The GTAA continues to demonstrate the lack of operational excellence and in turn people are being put at additional risk .. Tonight more than 100 passengers returning from Mexico had to exit their aircraft via the emergency slide onto the tarmac in record cold temperatures because of a collision between two aircraft that were on fire and under the control of the GTAA Air Traffic Controllers ... The fact is the airport has been running at full capacity for years and the 7% growth this year is just putting passages and the ground crews at additional risk ... Transport Canada must step in and mandate changes before lives are lost !!!

Headlines in the UK: Toronto plane crash: Hundreds flee as plane bursts into flames on runway (see what they are saying)

Plane at Pearson crashes into a pole during a deicing period, the plane collided with a pole, damaging the right wing and forcing passengers to evacuate.

Transport Canada “the GTAA’s house is not in order” When are you going to step up and hold the GTAA and NAV Canada to task ??? The GTAA continues to drive full speed ahead with plans to double the passenger count from 45 million passengers a year to 90 million passengers !!! The “SAFETY” of the passengers, airport employees and those living close to the airport are being reminded with every new incident that we are only closer to a disaster if someone does not step up NOW !!! The days of self regulation are not working and it’s heading for serious consequences !!!

TRANSPORTATION SAFETY BOARD: PILOTS SHOULD BE TESTED FOR ALCOHOL AND DRUGS TO PREVENT CRASHES

Board chairwoman Kathy Fox called on both sides to work with employee representatives to implement a program that would protect public safety. She added that self-policing by the industry has not worked, so the issue of impairment will continue to go unrecognized and unreported.

In a "safety bulletin" issued Wednesday, the International Federation of Air Line Pilots' Associations notes the risk of runway incursions at Pearson, where "several" have occurred since March of this year. A runway incursion happens when an aircraft is in a position that it's not supposed to be, including crossing a runway when trying to get to a terminal. 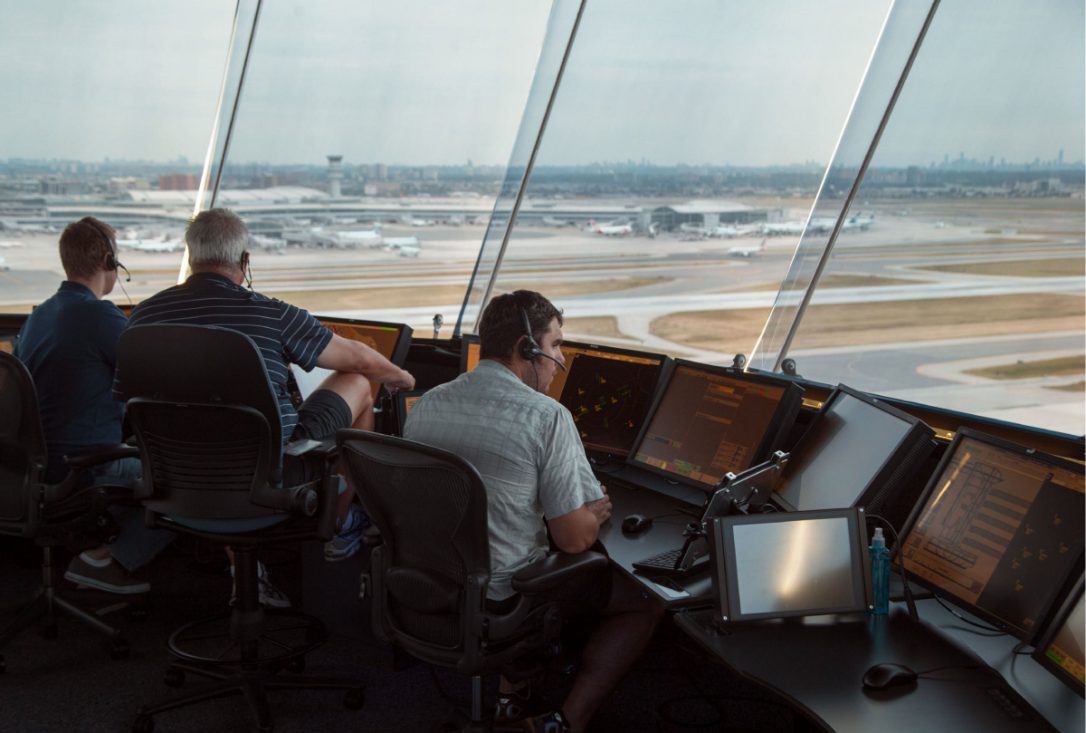 The Transportation Safety Board of Canada has launched a special review of operations at Pearson, worried that the frequency of incursions -- when an aircraft inadvertently taxies on to a runway -- could lead to disaster.

The controller then cleared a Westjet Boeing 737 bound for St. John’s to depart on that parallel runway. But worried that the Envoy flight, an Embraer 175 jet operated by a subsidiary of American Airlines, wasn’t stopping as instructed, the controller issued firm orders, according to a recording on the website LiveATC.net.

Tuesday’s incident was yet another close call at Pearson. The Transportation Safety Board of Canada has launched a special review of operations at Pearson, worried that the frequency of incursions — when an aircraft inadvertently taxies into the runway environment — could lead to disaster. 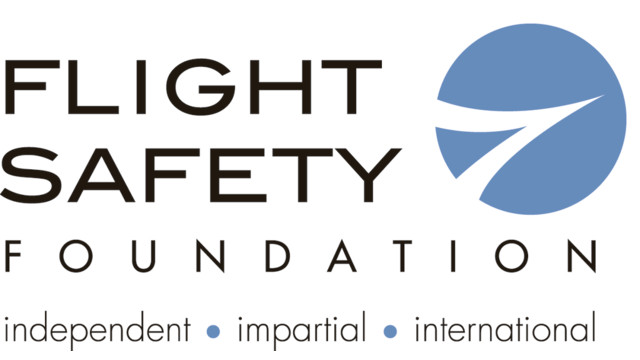 The Transportation Safety Board of Canada (TSB) says it has met with officials from airport authorities in Toronto and Vancouver as part of a promise to be more proactive in advancing issues on its safety Watchlist. The issues in question involve avoiding runway incursions and runway overruns.

“Runway incursions have been on the … TSB Watchlist since 2010,” the TSB said. “Of particular concern in Canada is the number of serious runway incursions — incursions in which a collision was narrowly avoided or there was a significant potential for collision.”

NAV CANADA data show that there were 2,041 runway incursions, including 27 serious incursions, between 2011 and 2015.

Since runway overruns were first placed on the Watchlist in 2010, the TSB has investigated 16 overrun accidents, the agency said, criticizing the lack of a requirement for Canadian runways to meet International Civil Aviation Organization (ICAO) standards and recommended practices for runway-end safety areas (RESAs).

“As a result, the terrain beyond the end of many runways in Canada could, in the event of an accident, contribute to aircraft damage and injuries to passengers and crew,” the TSB said.